The manufacturer is stopping the international version of the Basic02 media (see announcement here).
We recommend the substitution by Basic04 Complete. Benefit from:
– Already included bFGF (80 ng/mL)
– Reduced price

StemFit® medium was developed to produce a reliable and well-defined growth condition for stem cells. It contains only Xeno-free components and all necessary components for the culture of embryonic as well as induced Pluripotent Stem (iPS) cells. These important benefits lead to a reduction of variances and contaminations in the cultivation of stem cells, when using the StemFit® medium.

The cultivation of stem cells using StemFit® results in a very reproducible growth rate (Fig. 1). This enables a perfect planning of experiments. No more variation due to different starting conditions caused by the natural variation when culturing on feeder cells. Analysing the morphology of stem cells cultivated in StemFit® shows that the colony shape and size are very similar to the cells grown on feeder cells (Fig. 2).

Fig. 1: Reproducible and continuous growth rates of a human iPS-cell line. 201B7 hiPS cells were seeded at different concentrations. The cell number was determined every 7 days for four weeks.

Fig. 2: Colony morphology shows a very similar shape and size of the hiPS-cells when compared to feeder cells.

Due to the high-quality components and the ideal concentration of nutrients, the required volume of StemFit® is lower than of conventional media. Additionally, reduced feeding steps during the week, creates a total volume difference between StemFit® and conventional media of more than 50% (Fig 3.). 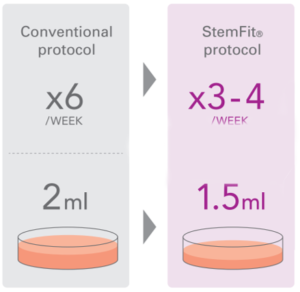 Fig. 3: The volume of StemFit® can be reduced to by 25% per well. The reduced amount of media changes leads to a further volume reduction of more than 50%.

The maintenance of stem cells is very complicated and labor intense and the feeding step during the weekends is very tedious. StemFit® allows a feeding-free weekend, by using the recommended weekly workflow shown below (Fig. 4).

Start from a single cell

StemFit® enables a superior colony forming efficiency from a single cell clone, which minimize the effects of stress and result in reliable cells for downstream applications. Furthermore, with StemFit® you can easily determine the efficiency of your cell production and duplicate individual clones. 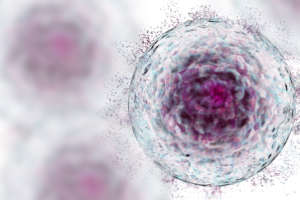 Majority of the stem cells are still maintained in feeder-cell dependent cultivation. The transition from feeder-cells to nonfeeder-cells system could not be easier: Switch the medium twice before passaging the cells and continue cultivating them in StemFit®. After 2-3 passages the feeder cells will be completely diluted out and a pure stem cell culture will be obtained (Fig. 5).

Compatible with many matrices

StemFit® has been tested on many different matrices. As shown on Fig. 6., the fold expansion rate of cells cultured in StemFit® is much higher when compared to medium A from the market leading competitor. 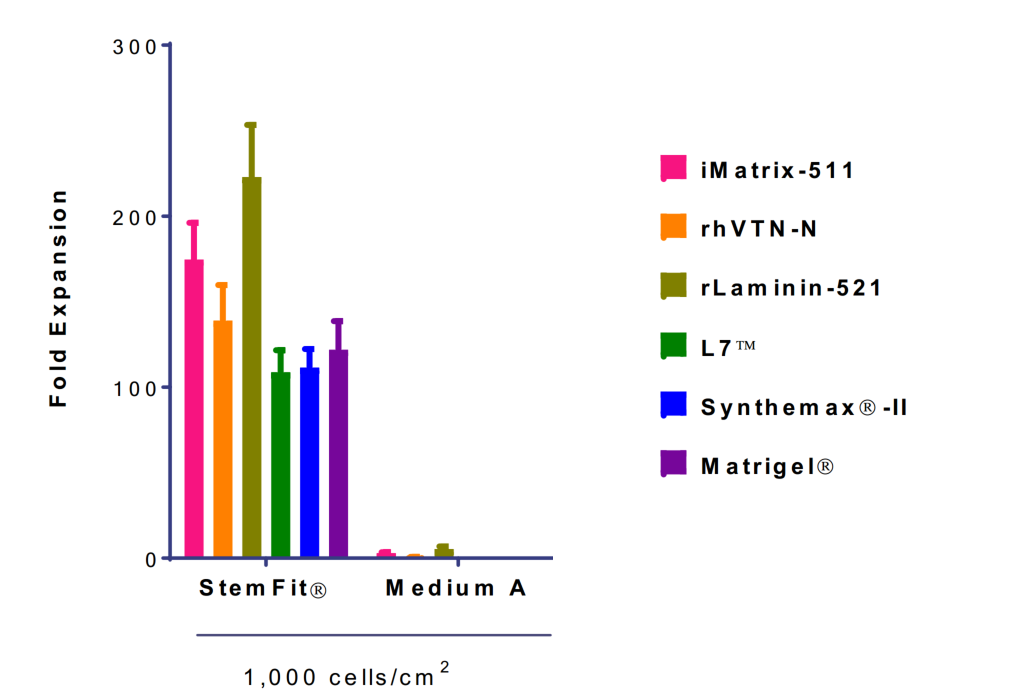 Fig. 6: Different cell matrices were used as growing matrix and combined with StemFit® or with medium A. The fold expansion of 201B7 hiPS cells was determined after 7 days.

The cultivation of stem-cells is very stressful for the cells. Every passage and growth period could therefore introduce unwanted changes in the genome expression profile. Hence, the CGI Catapult Institute in London investigated the genomic profile of StemFit® after 1 passage, 3 and 5 passages and compared it to 4 commercially available media. The most consistent gene expression was obtained using StemFit® (Fig. 7 , StemFit® labeled as AK03N). 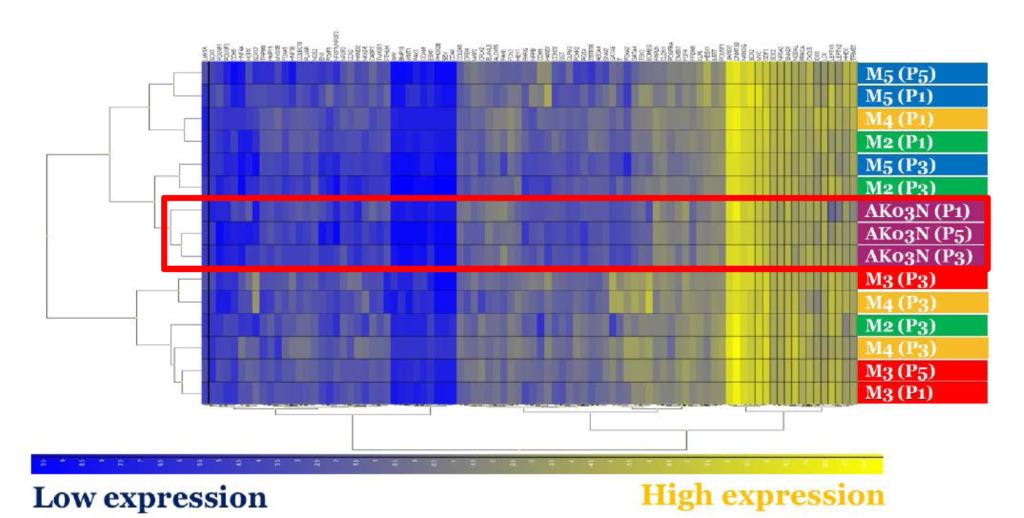 The production of lactate is the result of hypoxic stress. The consequences can be changes in the genome expression profile or lead to unwanted differentiation of the stem cells. The CGI Catapult Institute in London showed that there is considerably less lactate production when the cells are grown in StemFit® (Fig. 8).

The cloning performance of StemFit® Basic04 is about 30% lower than StemFit® Basic02/03, but it is still higher than other commercially available media.

StemFit® medium was developed 2014 in Japan by the Aminoscience division at Ajinomoto. Since that time, StemFit® has been citied in more than 75 scientific publications so far! The responses from the scientific society, when usingusing the StemFit® media for embryonic stem cells and iPS cells, were very positive . Enclosed a citation from Nakagawa et al., 2014 (Yamanaka’s lab):

StemFit® is recommended by CiRA

The Centre for iPS Cell Research and Application has a central aim: Provide a better understanding of iPS cells and regenerative medicine, and to offer protocols for mouse and human derived iPS-cells. For their human iPS-cells protocol, they recommend to use StemFit®. They even wrote a paper showing the superior StemFit® features (Nakagawa et al., 2014). Here is a simplified procedure which is available on their website:

(based from over 75 scientific reports)

Can I use Stemfit in a bioreactor?

It is possible to use Basic02 in Bioreactors. There is a presentation deposit available.

How is the performance of StemFit in small clump splitting? Is it possile that the cell walls seem darker and the cell number is reduced?

We recommend single -cell passaging, but small clump passaging is also working. Cell morphologies will always vary among different media. Sometimes the edge of colonies seems “darker” if you use StemFit, but the morphology is always good. Regarding the cell number there are different possibilities:

1.: StemFit tends to make more packed colonies compared to other media, so the actual number would be larger than it’s surface confluency.

2.: In general, adaption to other medium requires several passages. Cell growth would be improved after 2-3 passages.

Which amount of StemFit should I use in a 12-well plate and which cell density is suitable?

In general the medium volume depends on the area of the culture vessels. Therefore, the volume of StemFit would be 750 µL and a cell density of 5,000 – 10,000 cells/well (Depending on the cell line).

However, the evaportaion is sometimes different between different sizes of plates. If cells grow poorly, we would recommend to increase the volume of media up to 1 ml.

3.: Addition of Rock inhibitor on the passaging day will increase cell viability and cell number.

Can I use StemFit for murine cells?

This is not possible, because murine cells require different types of growth factors compared to ES/iPSCs.