Transillumintor with Blue/Green technology for the visualisation of nucleic acids.

The Image shows the results obtained with the FastGene Blue/Green Transilluminator. for a complete comparison with UV light click comparison of DNA dyes

The FastGene® Blue/Green LED Transilluminator-XL comes with an attached amber filter shield, which filters the blue/green backlight efficiently. If you want to use gel documentation system you should check if your filters is working properly. 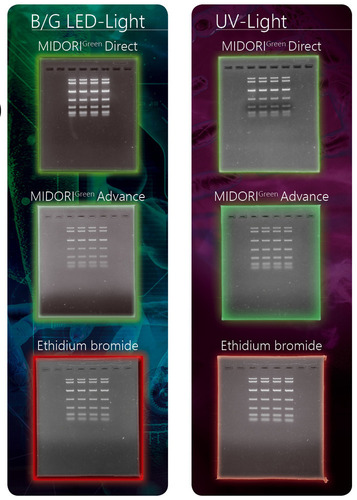 Show reviews in all languages (7)